In 2009 Kostanai regional specialist-researcher Sergey Kozin joined our command. Carried away by history, research and a thirst for knowledge he suggested investigating objects along the Shortandy river in the Zhitikara area. From satellite pictures the given objects look like the rest of the settlements, and obviously not detected by the Soviet epoch. Having assumed that there can be settlements of an epoch of bronze, after this entire place was in 118 kilometers from Arkaim, we have left on the object.
Besides there, the object identical to the Ushtorgai square was idenitfied: a line consisting of 23 embankments in the form of burrows which we had planned to investigate for a long time. The length of the Zhitikara line is 670 meters.
Having arrived, we started research of the remainder of the settlements. Settlements were stretched by a thin line along the Shortandy river to an extent of more than 10 kilometers.
The remainder of the settlements were represented by overgrown grass and hillocks. The outlines of square skeletons of houses were traced. Scanning objects with a metal detector allowed dating the settlements. Splinters of pig-iron coppers, horseshoes, pitchforks, barrel rings, and nails with square sections were found on the surface. The skeletons of houses were discovered to have been made of baked brickwork. All artifacts were dated to between the 18th - 19th century.
The settlements were probably those of the first prospectors - gold miners. Gold mining in the Zhitikara area is conducted to this day. 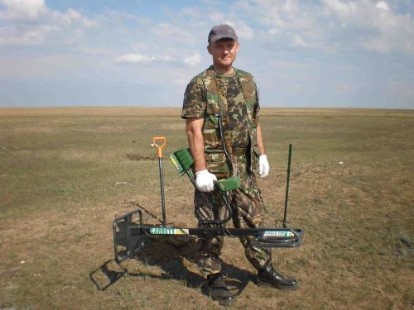 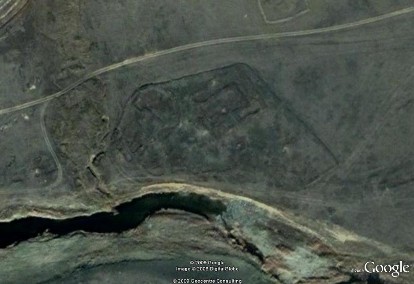 Having finished the settlement researches, we moved along through the river and arrived at mountains to explore the Zhitikara line. The line is located on a flat top of a shallow mountain relief. The local soil differed considerably from where the Ushtogai square was located. The poor vegetation had affected the safeties of the embankments worse than in Ushtogai. Wind and water erosion had considerably reduced the height of the embankments, though the diameter was comparable with that of Ushtogai. The principle of the embankments' construction is identical to Ushtogai. All were equally spaced and consist of soil collected in the district. Having scanned the area with a metal detector and having investigated adjoining territories, we discovered nothing among all the embankments, as was the case for the Ushtogai square. The use of geo-radar was also necessary to explore the given object. 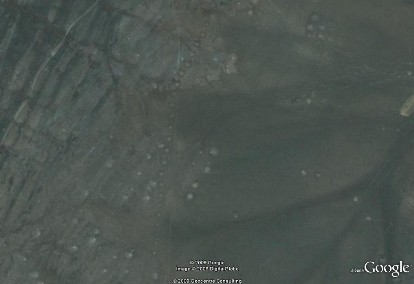 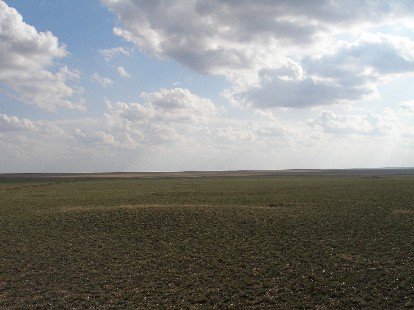 Within five kilometers of this area, Sergey discovered some medieval burial places, possibly dating to times of the Gold horde or the Nogajsky horde. Large stones shaped small burrows in a kind of fence. Alongside were two burrows with big diameters with tumble-down moss-grown balbals. Having cleared the stones of the moss we discovered inscriptions and carved patterns. Unfortunately, there were no experts on medieval script among us, and now we are trying to identify a capable expert to read these inscriptions.

All the same, we found a settlement of an epoch of bronze. Sergey recollected that his friend Oleg Starchenko had collected a set of fragments comprising ceramics and bones on the bank of the river Zhelkuar in the mid-90's, which he handed over to a local museum. He called Oleg who lived in Russia, and we corrected a place of finds along the river Zhelkuar. Within minutes of searching we identified the cultural layers protruding from the steep coast. Archeologist Andrey Logvin defined the date of the settlement by its bronze epoch. The given object will be registered in the base of historical and cultural monuments of the Kostanai area. Excavation would begin after the necessary financial resources for the expedition's equipment is allocated.