The aim of this August expedition was to explore of the object "Shiliisk square". The idea that the object strengthened the settlement was verified. All the objects on the picture overlooked the district.

Five rings situated on the northern side looked like round ramparts. A hill as a burrow, edged by a shallow ditch was on the southern side in front of the earthwork entrance.

Fragments of ceramics of medieval times were found inside the square. Scanning the object by metal locator didn't show any results. It was impossible to date the settlement on account of the fact that all pieces of ceramics were at the surface of the ground and they could appear there in later times. We had to use geo-radar for a deep-seated investigation of the square. 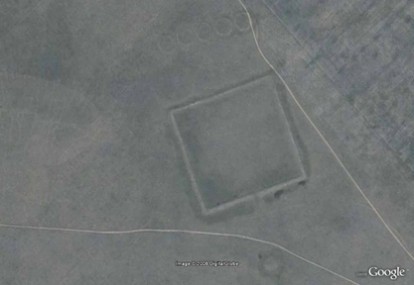 On the http://feb-web.ru/feb/irl/il0/i22/i22-2732.htm, you can find very interesting information, published in the article "Siberian chronicle":
"In 1701 explorer Semen Remezov compiled an ethnography map of Siberia with appropriate descriptions. In the drafts, Remezov pointed out a prayer area, nomadic habits, tracks of ancient settlements and deserted towns."
Shiliisk square is situated on the shore of the Karaturgai River, which is a tributary of the Turgai.

More detailed descriptions of the square were founded in works "Notes of a trip to Kirgiz-kaisack steppe" by Nikolai Rychkov. He explored the Turgai area in 1771.
"In the morning we came to a site of ancient settlement, strengthened by billows and ditches. This city was constructed in the form of a quadrangular castle, having an equal quantity of banks. The land gates could still be seen from the east side, at the entrance inside the earthwork. Destroyed shaft and ditches of former depth deprived, testify to an antiquity of that area: but noteworthy ruins inside, in shaft it was not visible, except a tile and a stone rolling in town areas".
A detailed study of the expedition's route showed that Nikolai Rychkov while describing the site of ancient settlements, walked along the Shiliisk square. 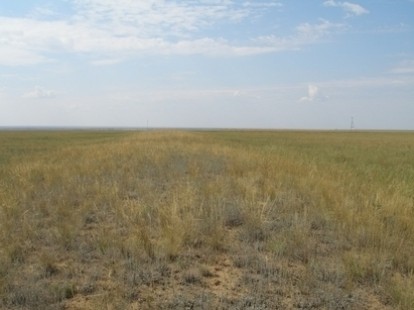 "Destroyed shaft and ditches of former depth deprived, testify to an antiquity of that place" (Nikolai Rychkov 1771).
A bank could easily be seen in the center of the picture, with a ditch on the left side. 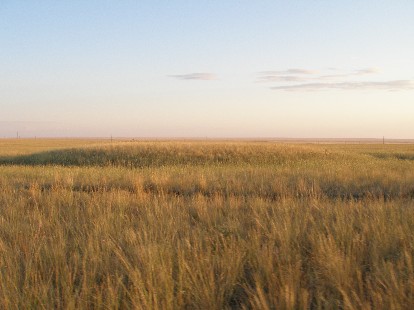 A hill in the form of a burrow, fringed by a shallow ditch was on the southern side in front of the earthwork entrance. For whatever reasons, that object was not described by Nikolai Rychkov. 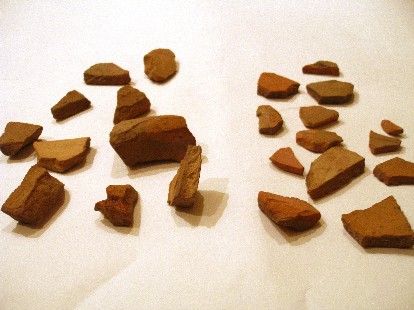 "The noteworthy ruins were found neither inside nor on the banks, except tile and stones lying in disorder in the area " (Nikolai Rychkov 1771)

Inside the square,explorers discovered fragments of ceramics dating tomedieval times.
The stones were absent as describedby Rychkov, whichcould be explained by the fact that the ruins of buildings with agricultural purposes were situatedatthe distance of 5km from the object, near the Karaturgai river. The ruins are devoted to the century.
Because of the lack of rocksin the nearest area, all the buildings were constructed from roughstones from the entireneighborhood


Furthermore, Nikolai Rychkov noted in his work: "On the distance of two verst, from the east part of Karag and Turgai there were the remnants of an ancient building made of bricks and tiled stones in the form of a prayer temple. Antiquity did not entirely deprive its appearance, so the hardness of its walls was still unchanged. The height of 9 sazhen of the building was powerful proof that it had been created in previous times.
There was a hole on the east side of the building, which was used for the gates of this temple.
The space inside was rather artfully flagged by tiled stones. Its size was 7 sazhen in width and length, the sunlight could delve into the building through two small windows".
But we could see only the remains of the building, described 237 years earlier. 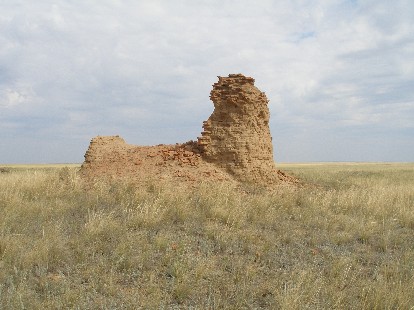 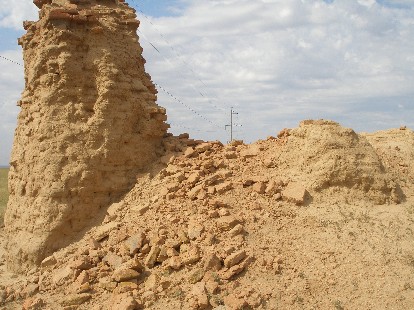 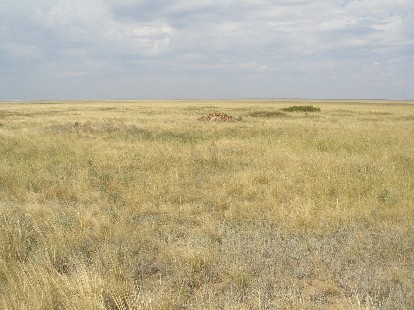 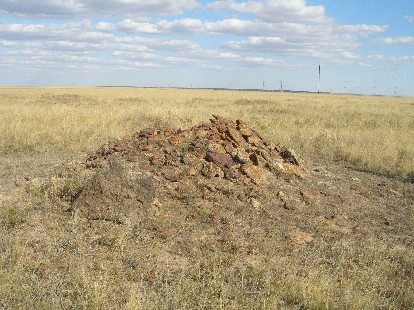 Nikolai Rychkov continues: "It was surrounded by many monuments, three of which were more noteworthy than others because they were made with projections from bricks, smeared with white lime, which demonstrated the taste and art of the builders".

Stones with stamped tamga were placed on a great number of graves. 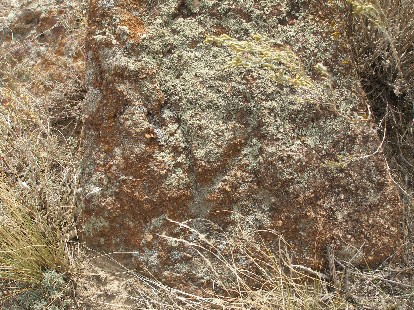 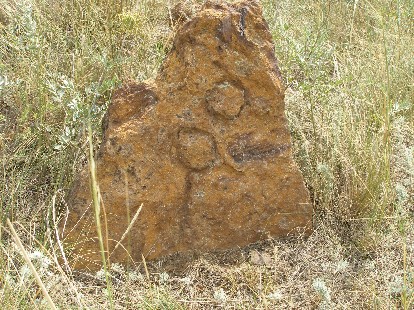 Nikolai Rychkov was an adjunct of the Imperial Academy of Science. He participated in the Pallas expedition, who considered Central Asia to be the center of humanity's origin.