In September, we were surprised by one occurrence. A producer, Shleeva Nadezhda Sergeevna made a request. She specializes in the survey of documentary films to encourage tourism. She assured us of an order to make a documentary about Kazakhstan with the aim of developing tourism, from the chamber of commerce and industry in Germany. She asked us to demonstrate Turgai objects. As Nadezhda Sergeevna thought, the Kostanai oblast was selected for the object of the survey as the Naurzym reserve is also situated there. That reserve was included in the list of UNESCO world heritage sites for the first time in the history of Central Asia.
A glance at the roadmap of the Kostanai oblast reveals that a great number of Turgai historical objects and natural monuments form a convenient route.
In the early morning we went to the second object along the way - Ushtorgai square. The first object of the route was the Naurzym reserve, where we had planned a visit upon our return. When we arrived at the place, Nadezhda Sergeevna was immensely surprised because she had expected to see less. She was amazed by its size, and Ushtorgai square overlooked the whole area. 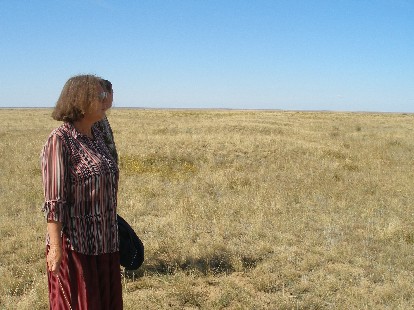 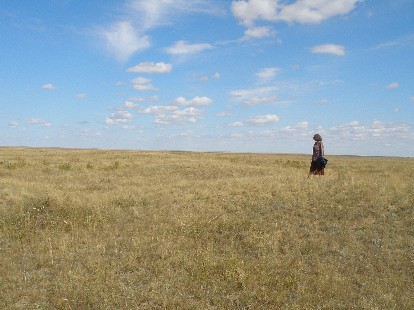 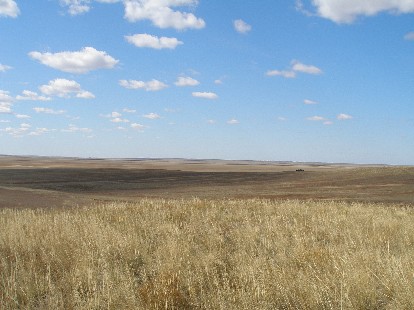 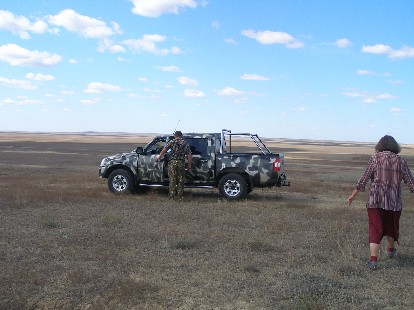 Our next stop was the Ashitasy river. On our way there we visited a museum of local lore in Arkalyk city. The river view was interesting. In spring all the rivers of the Turgai region form rough streams, and in autumn it becomes overgrown with reed and bushes along the shore ponds, with clean and clear water, and an abundance of fish. 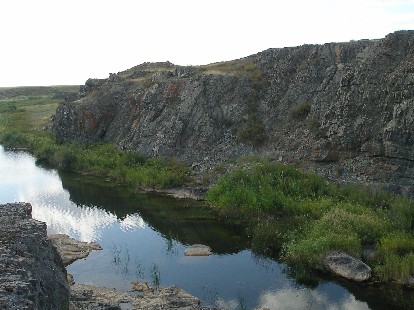 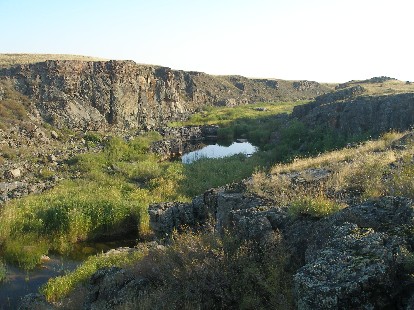 Two objects were situated at a distance of 3km to the north: big and small Ashitasy crosses originally discovered by a space survey in 2008. The length of the big cross is 460 meters. 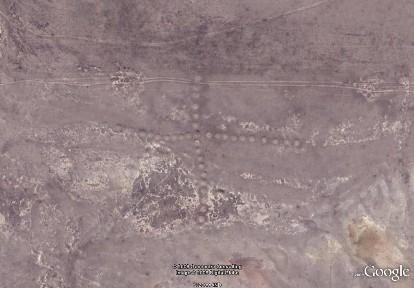 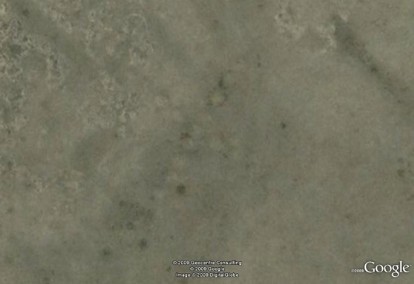 Further along our route directed towards Shiliisk square, which was described in detail during the August expedition. After the examination of the object we went to the Ekidin village in search of caves and petrogliphs, defined by V.Gorodcovym in the article "Petrogliphs of the Turgai oblast" in 1926.
Unfortunately the local inhabitants didn't know about the location of the petrogliphs, which could be found to the south of the village where rocks occurred. We had an opportunity to examine one grotto and cave. The search for petrogliphs requires a special expedition. Those petrogliphs were interesting for us because there were pictures of boats and oarsmen around them, though the rivers were too narrow and lakes were absent.
Very curious data were rendered by Ivan Alekseevich Kolcov - a member of the Geographical Society of the Russian Academy of science. In the article "Mysteries of the Skiff's history" he wrote:
"Prometei was an outstanding architect and had built much. Legend has it that at the distance of 200km to the south from Kostanai there was a beautiful city of the skiffs. It was a real Arkaim, situated along the cross trade and migratory habits of different nations. The only monuments and evidences left in that area are covered by a cultural layer of ground. Zarathustra had been born there about 3,000 years before".
We didn't know where that statement originated, but we were tremendously surprised when a historical monument with a Zaroastrism trace was discovered there. It was found on the outskirts of Ekidyn. (A detailed description of the object would be made after the full examination during the next expeditions).
It was getting dark and we arrived in the steppes of Amangeldy village, where we spent the night at the hunter's home. In the morning we visited a little farm where camels are raised. The hosts welcomed us with traditional steppe hospitality by inviting us to drink tea. It should be mentioned that we experienced friendliness and hospitality everywhere we had contact with people, and if we were departing from the village at night we were always invitated to stay. 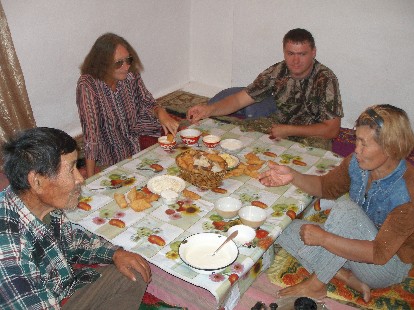 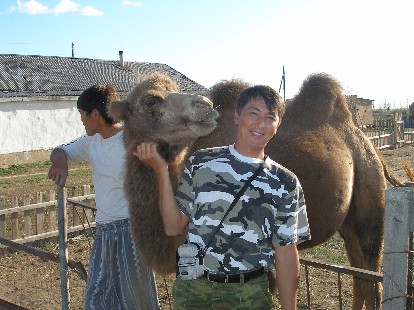 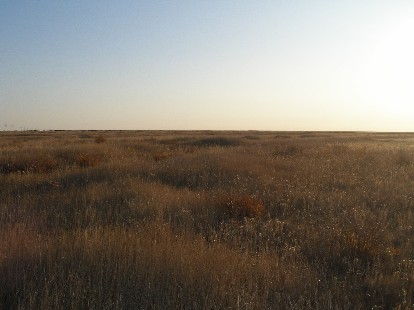 In Amangeldy we visited a museum of local lore. Afterwards we explored one more object, the "Turgai swastika", which was situated at a distance of 12km from the village. The object's uniqueness and size also impressed Nadezhda Sergeevna. We also visisted three local museums in Turgai village. We would also go on to the Naurzum reserve.

The reserve management in Karamendy village greeted us warmly. We traversed the tourist route that same evening. In consultation with the reserve management, we decided that it would be better to make a documentary in spring when the ground would be carpeted by greenery and the vicinity would be reminiscent of the Alpine meadows. The entire steppe would be covered by tulips in early May, making the neighborhood appear a surrealistic landscape.
We looked over the other part of the reserve the following day, then went to Kostanai. We hope that everything will go according to plan and in spring a camera team from Germany will come to make a documentary about the nature of the Kostanai oblast and its unique archeological finds, because it will promote the search for partners to realize research to explore objects in Turgay.

In conclusion, I want to recall the wonderful words of the explorer Ivan Fedorovich Blumberg. An officer, topographer Blumberg served in Orenburg between 1840 and 1855, and was head of expeditions in the Turgai steppes. He wrote in his memoirs: "I was spending half of the night sitting in my kibitka, admiring the beautiful moonlight. The inconceivable steppe stretched in front of me, lit up by the magic moon. In festive silence of the night, interrupted by the exclamations of the guard or horses' snorting, there was something ghostly in the far away sandy hills that shaped the horizon, rose up in the steppe, and looked like white ghost-giants".
"I want to add that every time when I came back home from the hike, I felt constricted as if lacking air. This feeling which passed in time, applied to everyone who breathed pure, steppe air, slept in a tilt cart or directly on the earth and to whom the vast steppe served as the horizon. Only gradually does one acclimatize to stuffy, room air afterwards".