In August 2007 the first archeological expedition came to the Ushtorgai square to research Kostanai geogliphs. The leader of the expedition was Andrei Logvin - the director of the archeological laboratory of the Kostanai State University. At that time I was a businessman and became the project's sponsor.
Two weeks ahead of the time Andrei and I visited the square to ensure its authenticity and that the concept does not hail from Soviet times.
The object was constructed from 101 embankments by way of burrows. The aim of the expedition was to excavate one of the embankments in order to identify the entire complex and devise the plan for full-scale diggings.
Andrei had previous experience of excavating burrows, and suggested the age of the object to be not less then 3,000 years.

An additional aspect of interest is that the object is so large that its square form can only be noticed if one stands on the central embankment. From there, one can notice the chains of diagonals along four different directions. One impression is that the object was built specifically for God's admiration!

We revealed the complete embankment during the 12-day expedition, excepting a shoulder in the center of a half-meter width. We were very surprised not to discover any burial sites. Worth mention is that not a single artifact similar to other articles of anthropogenic character was found during the digging process, or in the course of the shallow examination of the territory occupied by the square.

Those who created the object had ordered everything well. The square's Middle Age was verified. The embankment was sagged and very layered, therefore the ground had to be broken down with a pinch, while two spades were damaged in the process. At that moment we had more questions than prospective answers. Obviously, the next expedition should be equipped with special gauges otherwise the monument could be destroyed in the course of blind attempts to find some artifacts. This was exactly the basis of the task of Expedition 2008.

As a whole, we have many pleasant impressions from the expedition, including evening fireside sit-around gatherings, fascinating stories of previous expeditions from archeologists, and lots of campsite humor. On the last evening Andrei and his team led an initiation ceremony for the newcomers to that of 'archeologist' status. I understood that I had been infected with the virus called 'Passion for Archeology' for good! 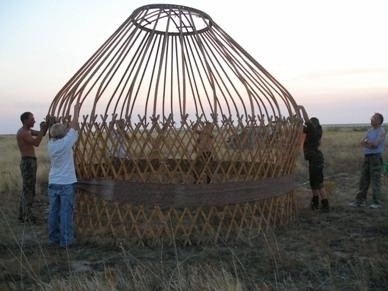 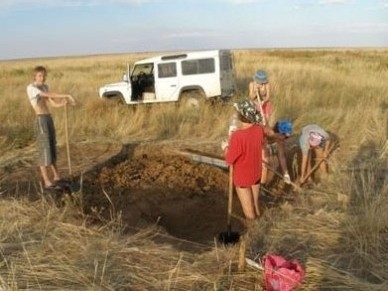 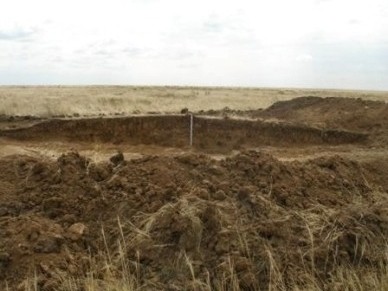